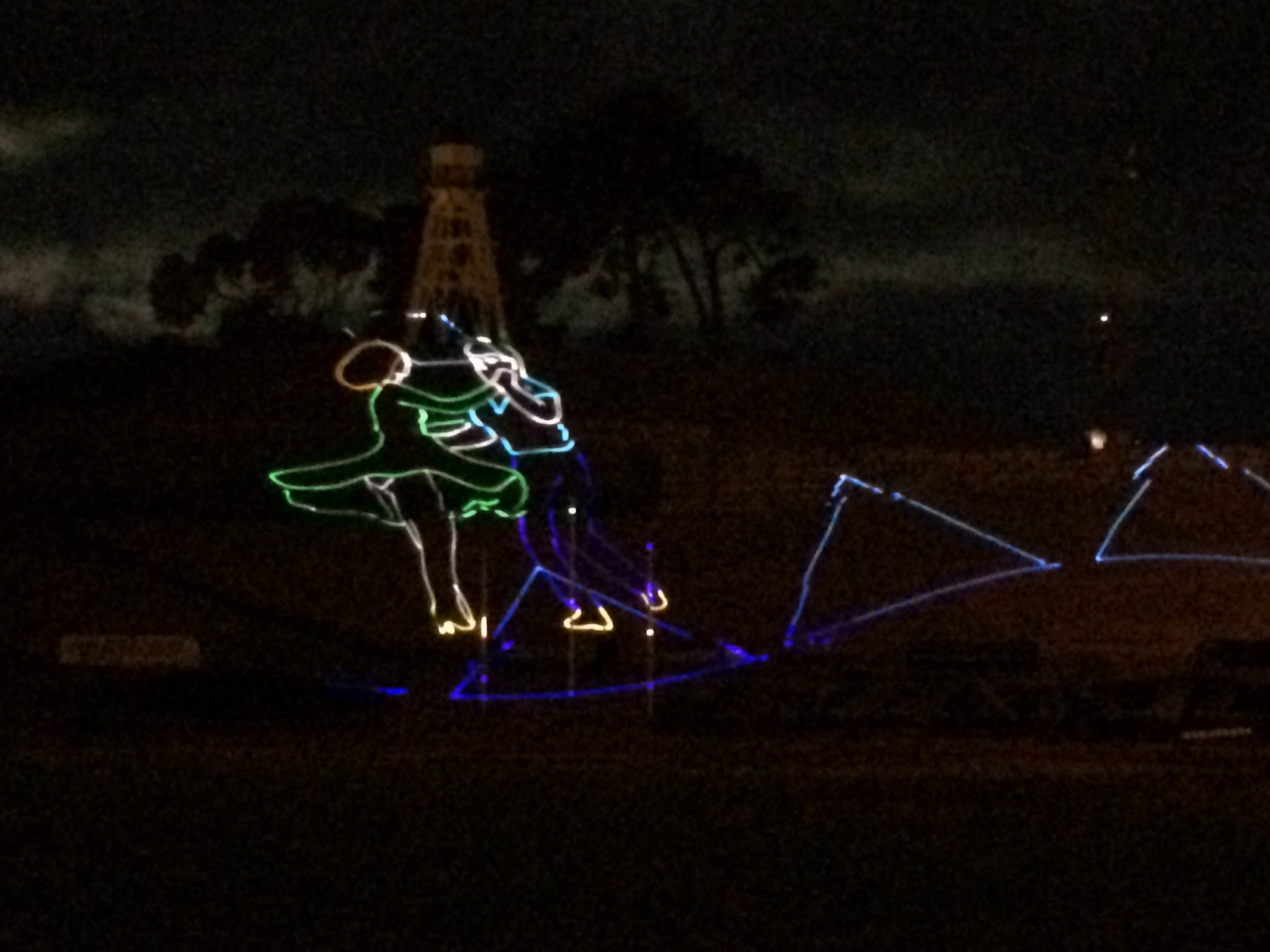 Flying Pictures produces dynamic shows featuring the power and the brilliance of the laser, fireworks and special effects, to captivate and amaze your audience. Pioneers of laser shows in NZ and Australia since ’87; Precision, Power and Imagination, in action. We have bases in Auckland and Sydney, and perform a range of shows around NZ and Australia every year. Show Brief We have been asked to design and produce our show spectacular for the Wanganui Skyshow on November 8th 2014, in the Cooks Garden Stadium. The show will be a family show day, with local performers and music during the day, culminating in the Flying Pictures Spectacular Lasers and Fireworks as the highlight of the night. With an audience of 5-10,000 in the arena infield and stands, we will produce a dynamic show, choreographed to music, featuring animated laser graphics projected onto the bell-tower hill, mid-air lasers effects, special effects, ground based fireworks and aerial shells. We plan to showcase the latest high power laser technology, and produce the largest and most spectacular lasershow ever seen in New Zealand. We will create a powerful soundtrack for the visual spectacular. This track will be a custom soundtrack build for the occasion featuring hot new tracks, classic rock, and iconic New Zealand music.